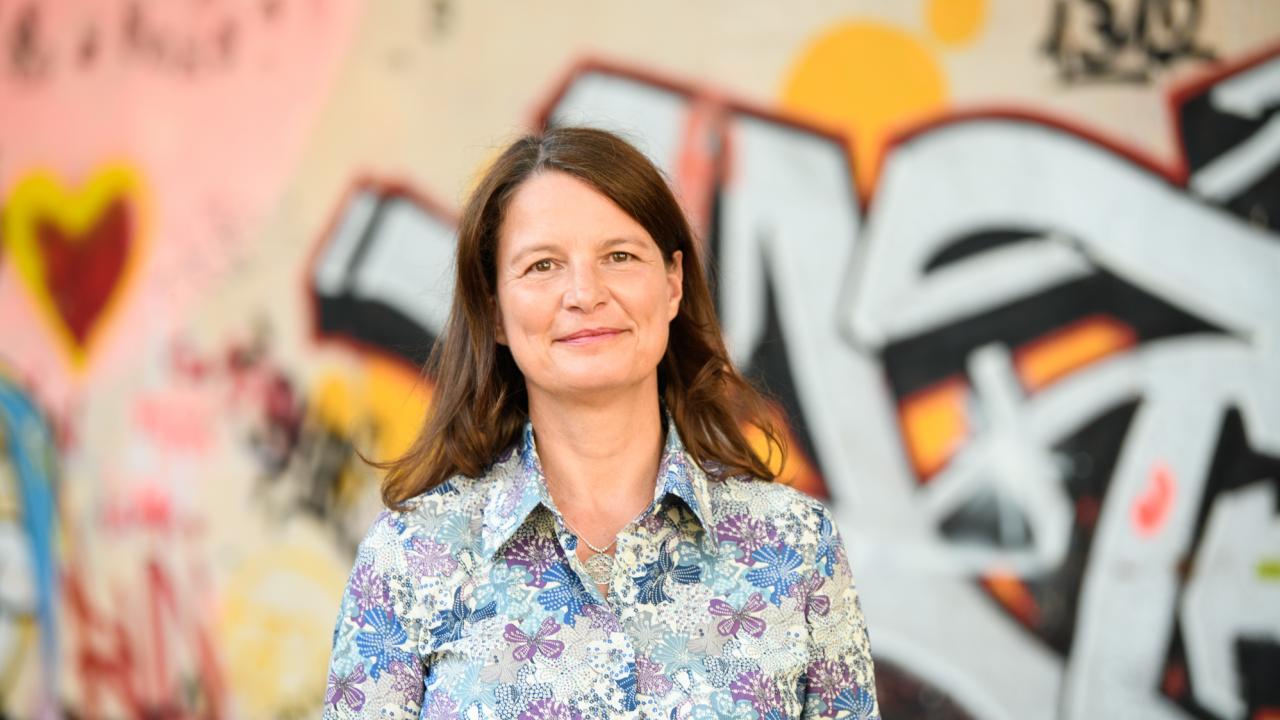 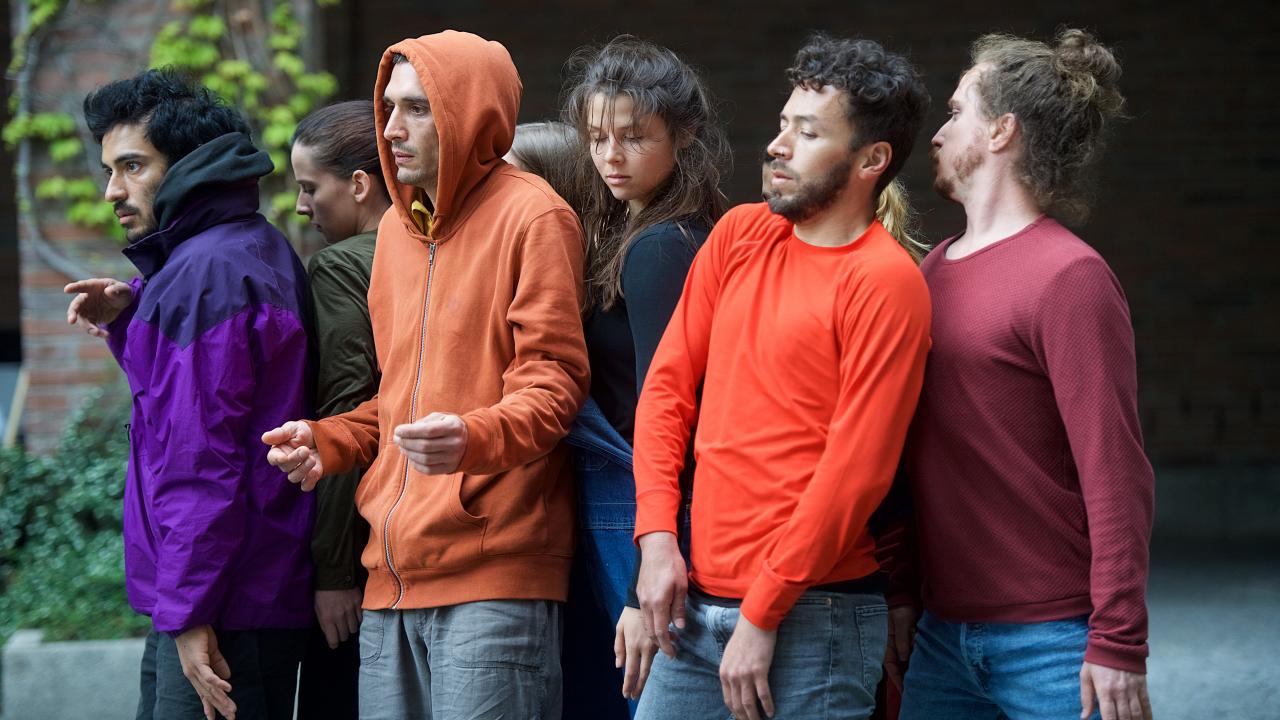 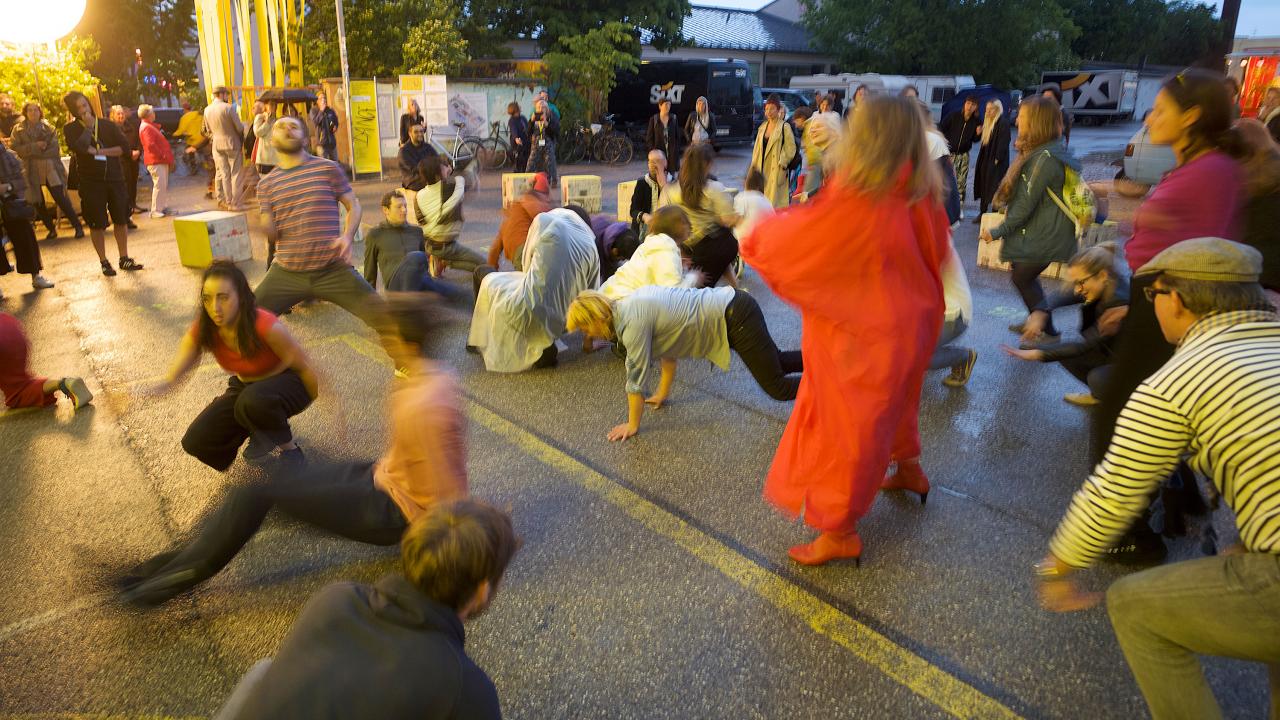 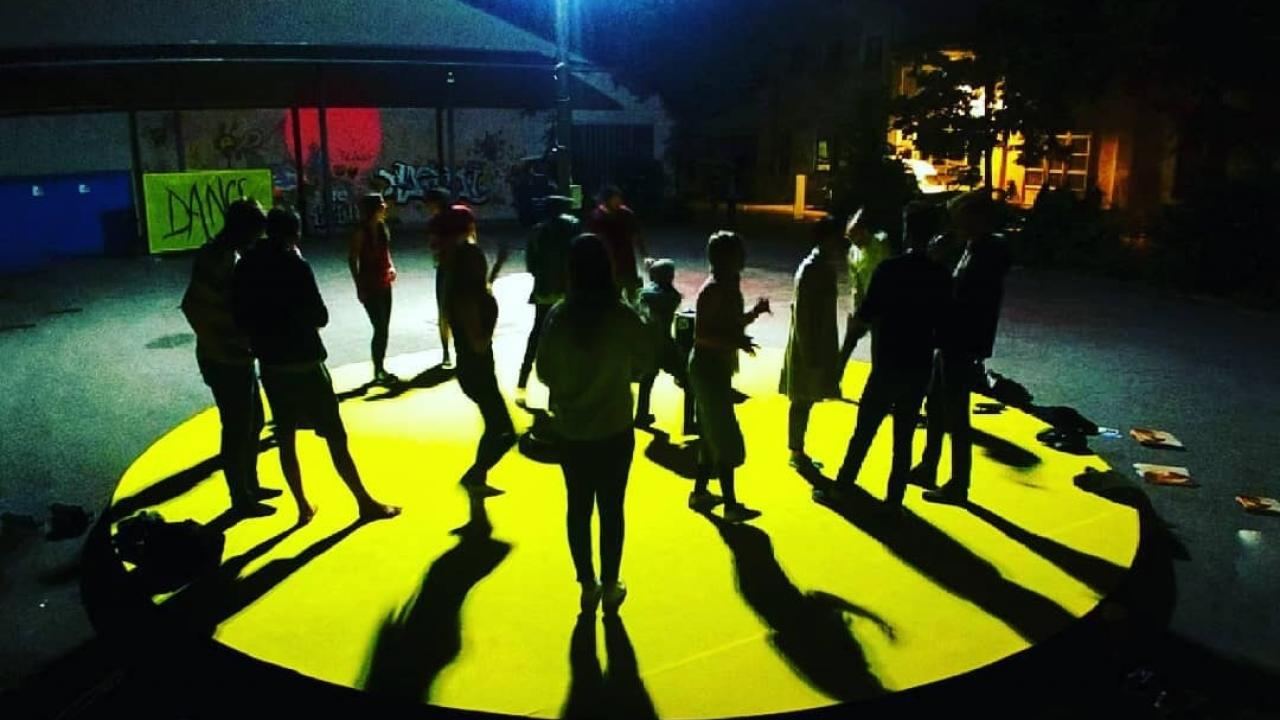 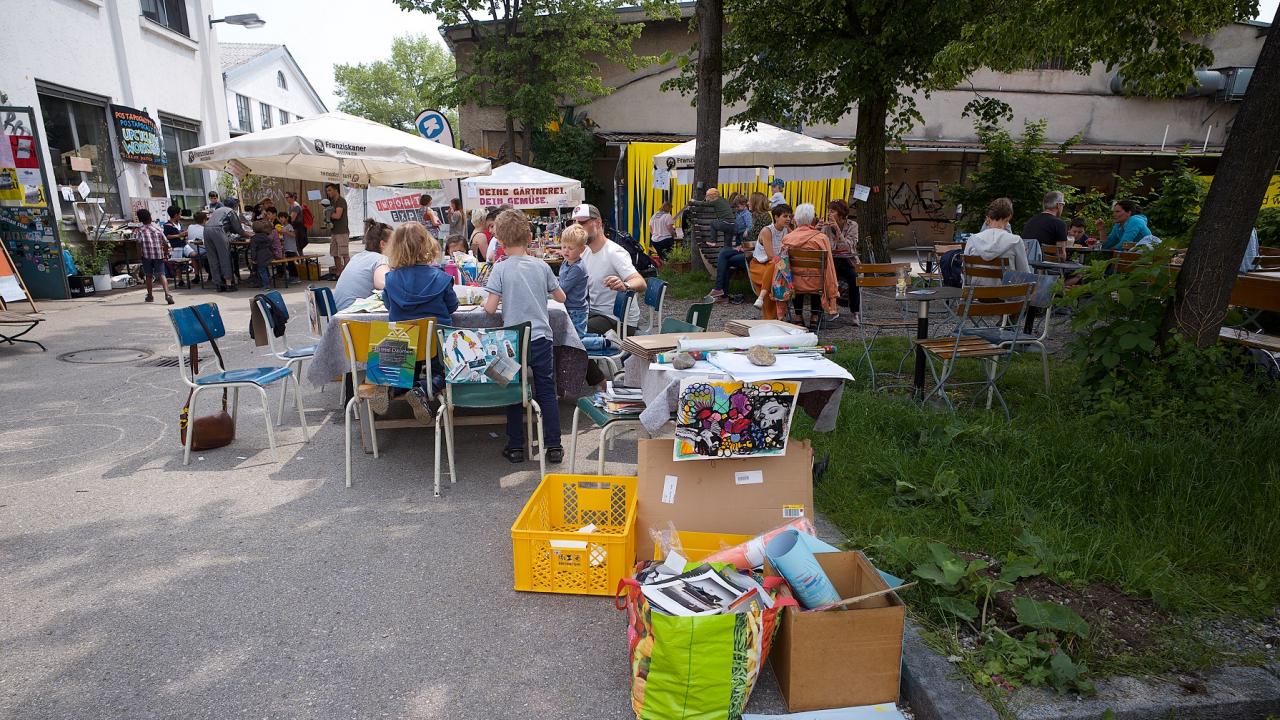 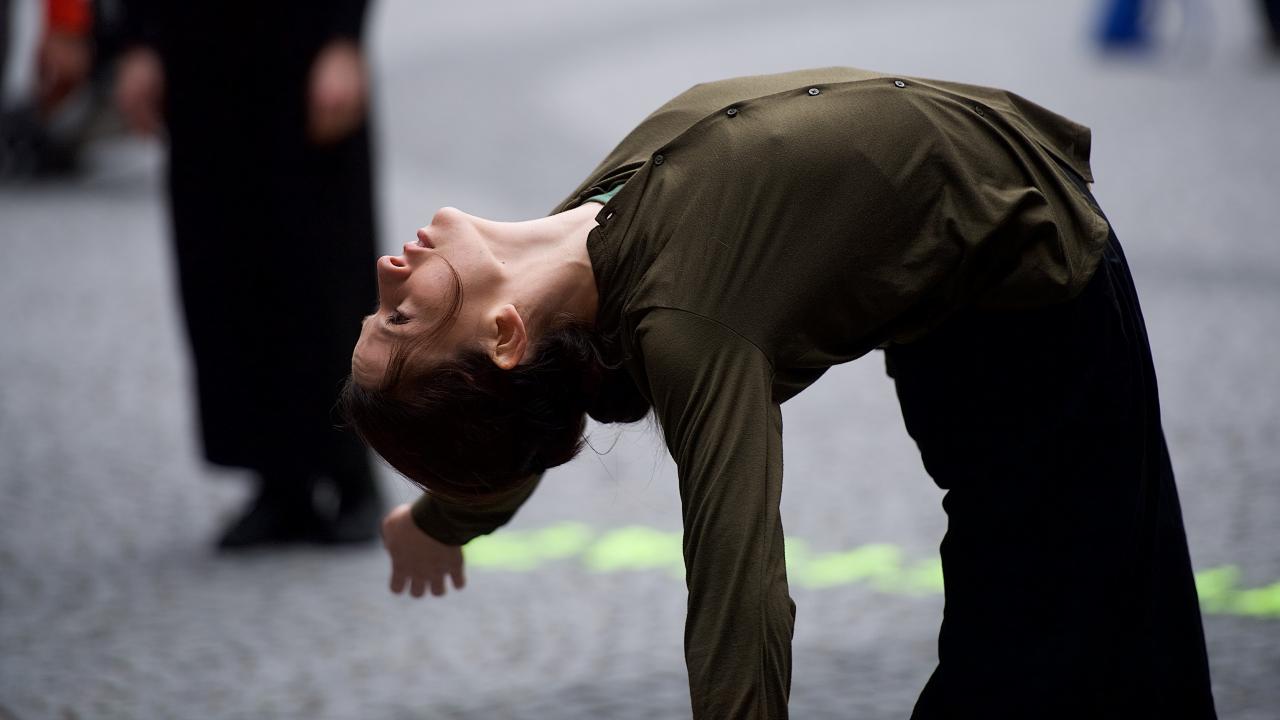 Magazine - curating in the corona era

How would you summarize in one sentence your work this past year on DANCE?

More strenuous than ever before, as everything is constantly changing with the virus in the various countries around the globe and in our country.

Theaters were closed for months, and now have been closed again for months, festivals were cancelled, and travel was difficult. How can someone put together the program of an international dance festival at all?

That can only be done with a large amount of optimism and the will to continuously question the strategy and to change it. Of course, now we have the biggest problems, and in the coming two months when we have to slowly decide what can be performed live and which international companies cannot enter the country due to the regulations. There is a lot of body and soul involved in this, and we aren't making it easy for ourselves. Choosing the productions during the preparations, on the other hand, wasn't very difficult. I still had so many things in my head and in my heart that we couldn't show in past years, I know so many choreographers across the globe who one could entrust with performing a world premiere at our festival, or with a new production that one hasn't seen before at a festival. In addition, I could still travel before March 2020 and see quite a lot of performances. In the summer of 2020, I was fortunate to be able to attend two festivals during the small "Corona gap," and the rest was accomplished with online conferences involving choreographers who presented their work to me. Many of the subjects, by the way, currently determine our discussions in society, so that putting the program together was influenced by shortening it rather than by fighting to get more performances. I only had to console newly discovered artists who aren't receiving support in their home countries, who don't have agents or other organizational structures yet, to be patient and wait for the next festival. In order to present at our festival such artists as Yang Zhen from China, who more or less was still a student during the festival in 2015, or Daina Ashbee and Peter Trosztmer from Montréal, you have to travel to their respective country, attend the off festivals, take the trouble to visit rehearsal spaces on the outskirts of metropolises, and provide intensive, personal advice and be ready to offer practical assistance.

What kind of difficulties in particular during the preparations did you have to struggle with due to the pandemic?

My team is constantly being confronted by me with new scenarios, and they are incredibly flexible and inventive. I also receive fantastic support from Munich's Department of Arts and Culture, which organizes the festival. The problems are the virus and its mutations on the one hand, and culture politics that isn't allowed to plan and can't plan so far in advance, which is important for us. On the other hand, the companies want to do live performances and sometimes display a purposeful optimism that prevents one from discussing the different presentation formats at an earlier stage. In general, we are confronted with new difficulties by every production that we cannot show in a theater as planned, but rather as a hybrid (half live and half digital), or as a digital version, or perhaps in a public space. Different security and safety regulations have to be observed, you have to make new plans, new calculations, book different personnel for a stage than for the net, and you have to make other arrangements.

And what is the scenario you are using to plan DANCE? Will many events and aspects be shifted into virtual spaces from the start, or may one hope to experience analogue events as well?

One can hope to experience analogue performances; they still comprise the bulk of the program. They will certainly be performed in front of a smaller audience and in addition can be viewed via streaming in a public space and/or on the internet. We will also present digital projects and various performances and interventions in public spaces. Several productions and the symposium are being planned from the beginning as digital formats.

Festivals thrive on networking, on getting together before and after the performances, on parties, and communication between international experts and audiences. What are you planning to do to create a festival character also this year?

First of all, the extensive international program is sure to create a festival atmosphere. We are also intensifying our plans for performances in public spaces that will bring dance into the city and – whenever possible – integrate the audiences. DANCE festival visitors on the new DANCE History Tour, who will ride bicycles through the city and follow the trail of the history of contemporary dance, will learn about the history of dance and see dance spaces from modern history in the period from 1900 to 1919; the New Yorker Jody Oberfelder will offer two "walking pieces" in an expanded public space; Ceren Oran will present an extraordinary dance production in the city's center; and Niv Sheinfeld & Oren Laor will enliven the dance atmosphere, and not just at the Gasteig Forum, with public performances – all according to the motto: Munich in the name of dance! In addition, international experts and audiences can participate in the digital symposium, and we will make it possible for groups and experts to hold their symposiums on the peripherals of the festival and to integrate the performances. Last but not least, there will also be different student groups that will be involved in the festival and they can actively participate in various areas. The environments of, for example, the Gasteig Cultural Center, Muffathalle, and schwere reiter offer ample public spaces for festival visitors after the events to get together, converse, and exchange ideas (hopefully once again while enjoying a chilled drink).

DANCE 2019 focused on a theme: communication and community. In 2017 there was a regional theme with Montréal, a city with many dance companies. How about this year? Does the pandemic automatically become a focal point?

The issues of how artists in these polarizing times can articulate politically and how to deal with closeness and distance in regards to Corona have formed into focal points for this year's festival. The pandemic is, however, only one of the burning issues right now that choreographers are working on; they are also examining, for example, the climate crisis, our history and their history, or the current drama with refugees – and not only in Europe. Perhaps one can say that the productions in general have become even more political, or can be seen currently as being more political. This year's symposium in particular focuses on "political articulation in dance and literature." But the subject of aging will also play a role at DANCE 2021 – and not just with a retrospective by the Dance On company.

Speaking of the climate crisis: Festivals frequently are criticized for not being especially sustainable. How does DANCE 2021 react to this?

Right at the beginning of the planning phase in 2019 we had already developed a comprehensive ecological concept.The team and the artists, for example, are not allowed to fly in Germany anymore, within Europe only in absolutely exceptional cases, and carbon offset fees will be paid for the intercontinental flights. The catering will be regional and vegetarian. We have dispensed with our plans for a rather environmentally unfriendly neon color for the printed material, and instead have selected a blue that is more ecological and which keeps the yellow hue of DANCE 2019 to accent it. And this means we can also reuse advertising material from the last festival. Overall, there will much less printed material, because we can react quicker with digital materials to the changes the pandemic will necessitate, but also because for ecological reasons it isn't modern anymore. Digital admission tickets are, in the meantime, a matter of course.

In what areas do the Corona-related requirements have perhaps made your work simpler or enriched it? What would you keep of this for the next festival?

The numerous meetings in virtual spaces saved a huge amount of time and expenses and they were extremely effective, even if previously sometimes the best ideas were developed while having lunch together. With the next festival we will have intensive on-site meetings at beautiful locations to work on large conceptual themes and issues, and for the many, many organizational meetings we will surely, like now, set up online meetings. Art was always really enriched, however, when the digital version didn't simply mean filming the productions from the audience's perspective, but rather when it was conceived explicitly for a virtual space. Several things were developed that were really terrific, in particular in regards to participation and immersion. When fans from all over the world, in different time zones, react with different perspectives to a live performance, discuss it on a chat platform, and possibly influence the happenings by doing so, then this is indeed a very exciting experience – almost as beautiful as a live performance. In any case, I will follow up on this for DANCE 2023. I'm already looking forward to this!