Ceren Oran in "Who is Frau Troffea?" © Dieter Hartwig 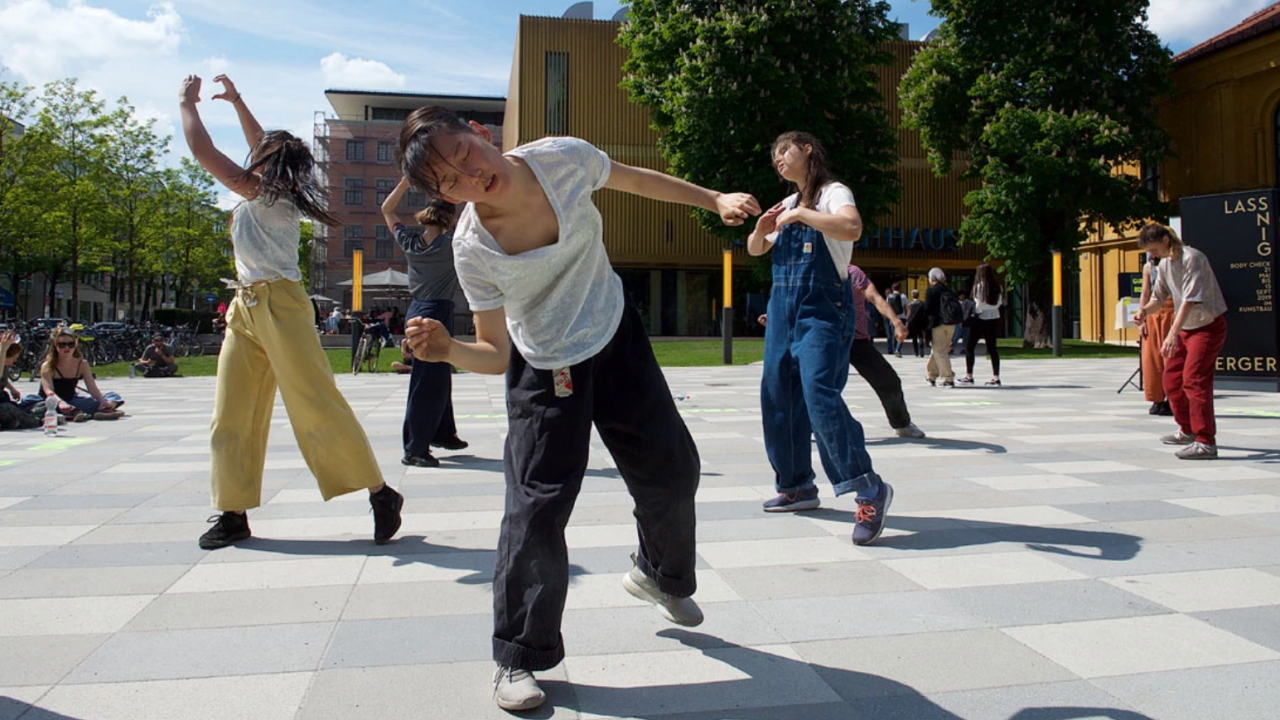 "Who is Frau Troffea?" © Dieter Hartwig

The Urge to Dance!

Ceren Oran about the world premiere of "The Urge"

The urge to dance and to remain visible even in lockdown found an outlet in social media. People danced in their private environment, between bed and closet, in their kitchen or on the balcony. The Munich choreographer Ceren Oran uses such finds to develop her latest project, "The Urge". She translates the movement material from the net for a collective and into public space. There will be simultaneous dancing in Munich, Berlin and Cologne, and it will be streamed live.

Your piece "The Urge" will premiere during the DANCE festival. What is your piece about and what was your starting point?

I think there are many different layers in the concept behind The Urge. As the pandemic started in February and accelerated, I realized there were many different ideas and beliefs about the virus because there wasn’t a lot known about it yet. Although everyone was going through this global crisis, each individual had a different approach to it and a different relationship with the virus. Some people were very concerned, some were not believing in it as it would be a religion more than a scientific fact, some enjoyed the consequences of the lockdowns, some followed conspiracy theories, some ignored it and so on….

This is why The Urge is aimed at having a closer look at the behaviour of each individual during a collective crisis. I would like to transform the relationship between a collective trauma and each person's unique way of dealing with it into choreographic images.

Another very important layer of this piece for me is choreographing the unisono material of The Urge based on improvised dance videos posted on social media from all around the world during lockdown. They were performed in very limited spaces, like in a room, on a balcony, or in a kitchen, for movement and dance to exist. I believe that many of these videos were produced by individuals as a response to their urge to dance. I am now in contact with many of the dancers from around the world so I can get their permission to use their videos and physical material. I am excited, by bringing these improvisations to public squares via "The Urge," by providing a larger space for these dance improvisations to rework them to further liberate the movements and their bodies.

When did you feel the urge to dance for the last time?

I am not sure if I can limit feeling an urge to only dancing. Because I can dance for myself when I feel the necessity or desire the joy from it. But I feel the urge to dance as a way of socializing, using my body and movement as a way of expression, and sharing it with an audience.

So if I answer this question from that perspective, for months, every day …

How did you do your casting for the premiere during the pandemic? Where are your dancers from?

It was an intense audition process. Usually I am not a choreographer who does casting through auditions, but casting "The Urge" demanded an open call because of pandemic conditions. There were over 500 applications and it was a huge challenge to go through each application. In a way, it was extremely inspiring to see so many amazing dancers but, on the other hand, sad to see the number of dancers who were looking for jobs.

I strongly believe an audition should be a mutual selection process. Not only should the choreographer choose the dancers, but the dancers should also choose the choreographer and the project so the creative process will be a pleasant and inspiring journey for everyone. After narrowing it down to 50 people from the open audition call, I organised a Zoom meeting where I explained my plan and shared my expectations - so that Zoom meeting was my audition for the dancers. And finally, after a specific video audition task, I finalised the 15 people who will be dancing in Berlin, Cologne, and Munich during the premiere with the help of Maayan Reiter, Rotem Weismann and Karolina Hejno.

Although everyone is based in Germany, we are from all over: Japan, Finland, Germany, Israel, Korea, Czech Republic, France, Turkey, and many other countries. And we are a big team of not only 15 dancers, but also 4 musicians, 14 members of the production team, and me.

I believe in the fascinating, contagious and inspiring power of dance. Earlier, I was looking for new ways of getting away from our conventional spaces and stages to encounter a broader audience with my choreographies. The idea of "Who is Frau Troffea?" appeared as a result of this search. After the experience of creating and performing "Who is Frau Troffea?" a public space performance means to me ... making dance accessible, taking risks, and getting in touch through the unexpected with an everyday audience rather than only offering it to a limited elite - it means exposing ourselves to a wide spectrum of honest feedback.

Your piece will be performed and streamed in three cities simultaneously. What is your idea behind that?

The idea is to amplify a feeling of "collective," that it is not only happening to us here, but to all of us in other places too. The basic unisono choreography will be the same in every city and yet, because of each public space environment, their actions will differ. And, of course, the livestreaming element creates a layer of the undeniable digitalisation that has been forced into our lives in the past months.

What do you dream of doing first as soon as the restrictions of the pandemic end?

I am having difficulty believing in such a moment. The ending of the pandemic will be a very slow transition that we will experience. And that transition is transforming us, traumatising us. But I think I will feel the urge to hug people, as much as I have the urge to dance. I think I would go out and blind hug people.