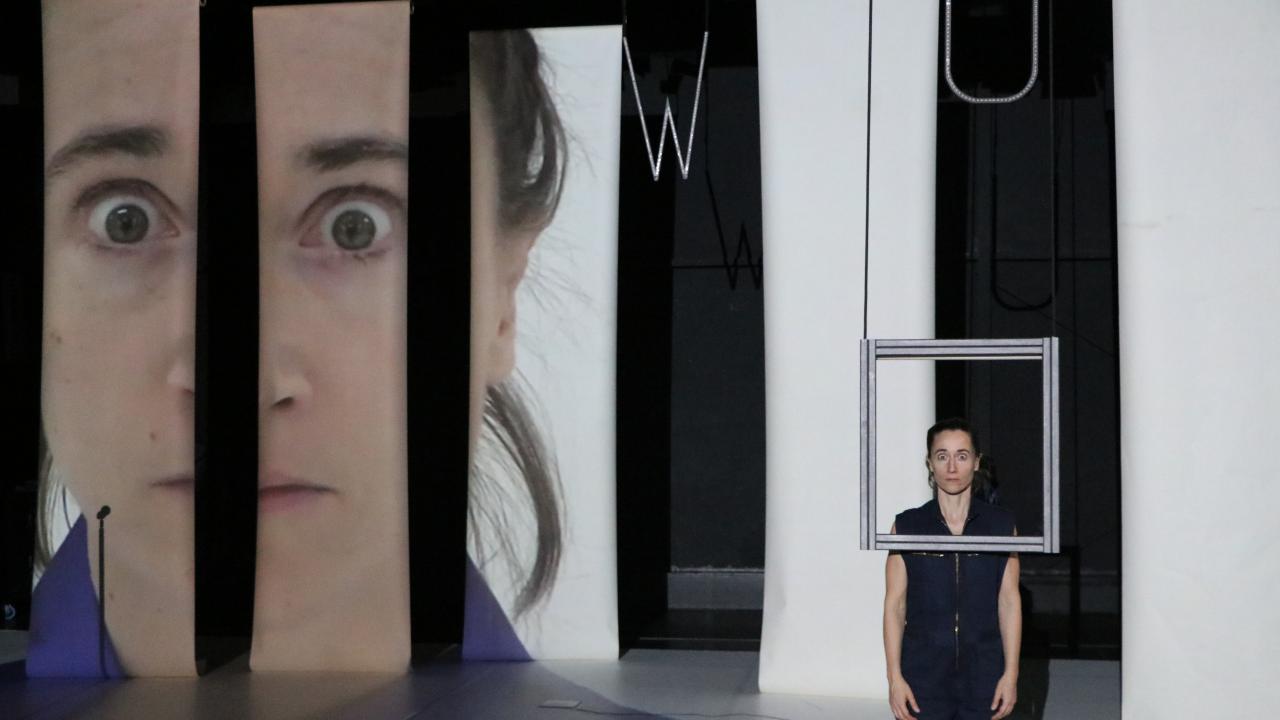 Magazine - A Call for Change!

Anna Konietzky on the world premiere of "Über die Wut"

What inspired you to do a piece on the subject of anger?

Anger is an emotion that is very present in society, in sociology there is also talk that we are living in an age of anger. I am interested in the doubling of social and physical examinations: for one thing, the precise socio-political correlation, and the potential of anger, which is also a call for change. I think we are living in a time of upheaval, which is also extremely necessary. Anger can also function as a tool to highlight, for example, where injustice or oppression reign. At the same time, there is also a social mechanism, for example, letting out anger as an assignment of guilt, in doubt completely arbitrarily, as an outlet.

And alongside the social aspect, the physical and choreographic aspect is very exciting. Anger is a very physical emotion, a strong engine with an incredible (productive as well as destructive) energy, and it's also thoroughly comical. Anger acts very precisely in and on individual parts of the body and muscles, which is an extremely exciting choreographic investigation.

Did the developments this past year change the way you approached your piece?

The result of the pandemic is primarily that we started working much earlier, we (Sahra Huby and I) simply got started last spring when everything was standing still. And the consequence is that the coordination of the rehearsals involving the whole team is much more chaotic, and the coordination has to be adapted constantly to factors or to a suspected case – for example, in the daycare center of one of the artists' children. Because the piece was planned from the beginning as a solo work and for the stage, fortunately we didn't have to search for new scenic approaches or new approaches having to do with space.

What personally makes you angry in these times of Corona?

I don't really know whether something really makes me angry; essentially, several things make me depressed and frustrated, or things make me sad and insecure. But first and foremost, I feel it's a strenuous time. For me personally, the most present conditions at this time are exertion and exhaustion. Anger is, however, naturally always part of this. Angry because art and culture are only given a spot in the peripheries and are not seen as being social research (which they are, and it is desperately needed). Angry because the pandemic enforces a conservatism, a focus on traditional and small Christian families, where women have to do most of the care work (and in this image all of the other models of relationships, life, and faith are rather ignored.) Also angry that people talk about a global pandemic and vaccine doses, and they are shipped for the most part to the wealthy industrial countries, and borders and visas are also primarily opened and closed for them. Now I could continue endlessly with the list of anger ...

"On Anger" is a solo piece for Sahra Huby, and you have worked with her already for 15 years. How does one examine the subject with a solo piece, and how are you two currently working on this?

Sahra and I are something like artist twins, and for that reason it isn't a coincidence that I am creating a solo work for her (and it's not the first). For the investigation of anger and the analysis I absolutely wanted to do a solo work, in order to avoid the danger of portraying anger between the performers – I preferred to really use social anger as a theme. Often the context in this work along with the choreography arises through the videos and the texts and the voices that are heard. I think it's a very nice collaboration with a very cool team. Brendan Dougherthy, I have already worked with him several times, composed the music for the piece, and with the videos I was extremely happy to work for the first time with Susanne Steinmassl. Michiel Keuper and Martin Sieweke are responsible for the costumes, Barbara Westernach is designing the lighting and collaborating with me on the set design. To that extent Sahra and I are in the best of company.