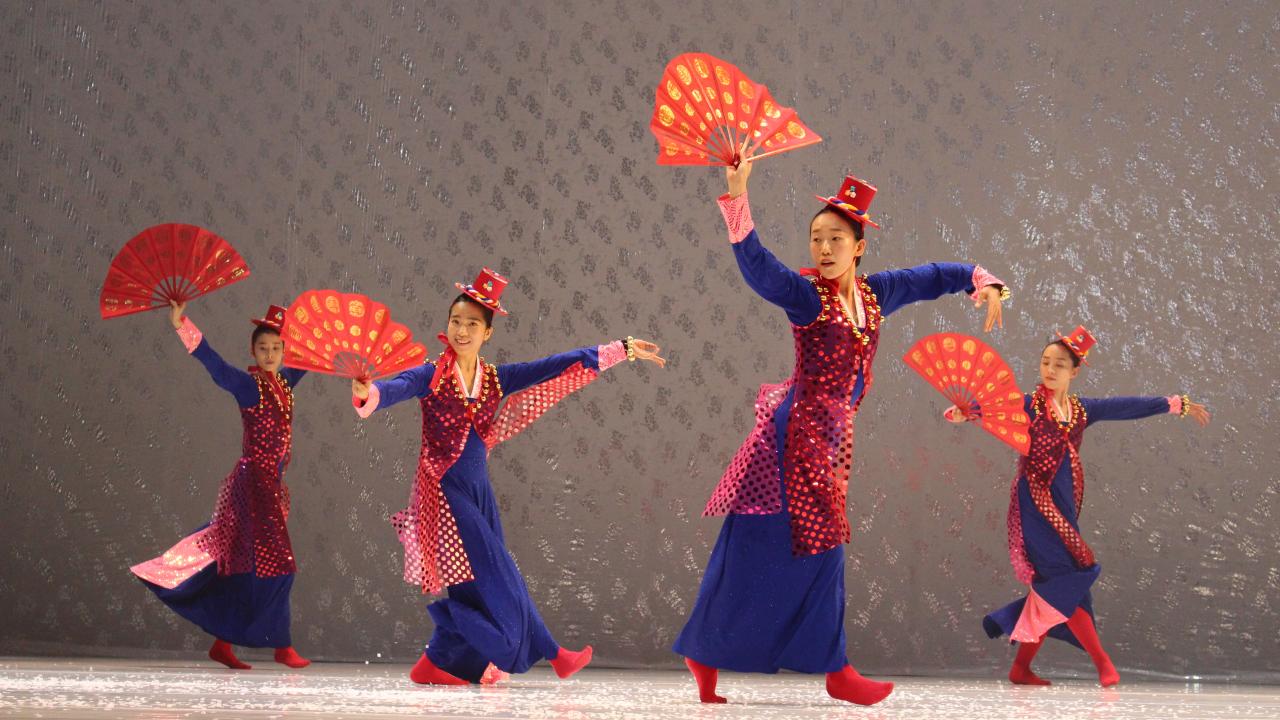 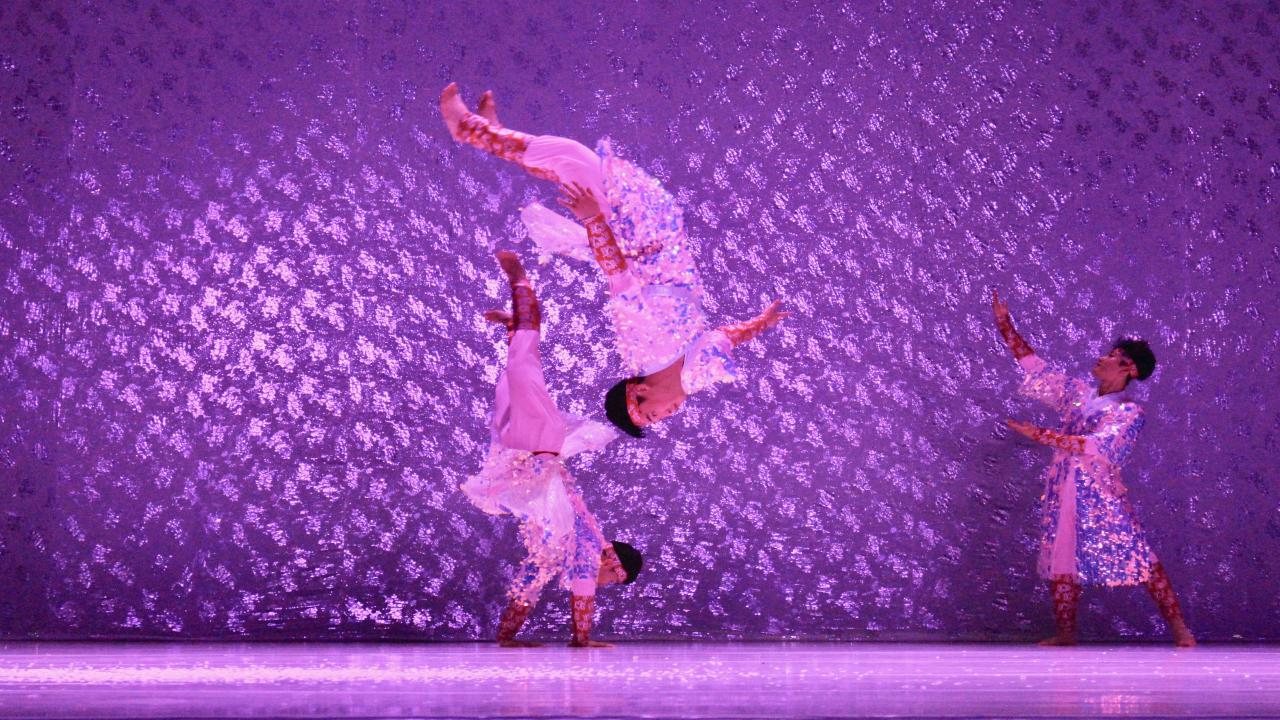 Golden uniforms shine and costumes shimmer, effusing the gloss of a revue. The dancers are in a good mood as they energetically march in military parade style, as they glide gracefully across the stage in traditional South Korean hanbok clothing, or as they form frames for the solos of the fantastic Eun-Me Ahn, portraying a traditional spiritual figure or a popular singer in an evening gown. The piece "North Korea Dance" is based on set pieces from North Korean folk dances and presents the themes of division and propaganda, a common cultural heritage, and different political as well as social characteristics as a brassy revue number with powerful images and surprisingly quiet moments. The translation of the saying that appears at the end of the piece on the rear wall of the stage is "all together."

Korea has been divided into north and south for over 60 years. It is hardly possible from the south to go across the border to North Korea, which is governed by a dictator. Therefore, the South Korean dancer and choreographer did research for "North Korea Dance" by using internet videos of her North Korean neighbor's military parades, fan dances, robust athletics, and colorful folklore. Eun-Me Ahn and her dancers transform what are for them – despite their common roots – foreign dances, and defamiliarize them with the typically eccentric twist the company is known for. Eun-Me Ahn grew up with shaman exercises and the hard dance training of her South Korean homeland before she went to live in New York for several years to continue her studies at the Tisch School of the Arts. She enjoyed success in Europe with her extravagant pieces, and she became friends with Pina Bausch, who invited her several times to her dance festival. Eun-Me Ahn can be loud and flashy, and at the same time her works always convey a very serious dimension. They reflect social constraints and celebrate individual liberation without, however, giving up their own heritage. They combine South Korean tradition and the aesthetics of pop culture.

A discussion between Eun-Me Ahn in Korea and the artistic director of DANCE, Nina Hümpel, will complement the screening of the performance of the piece, which was created in 2018.

Video Stream, HERE TO THE STREAM