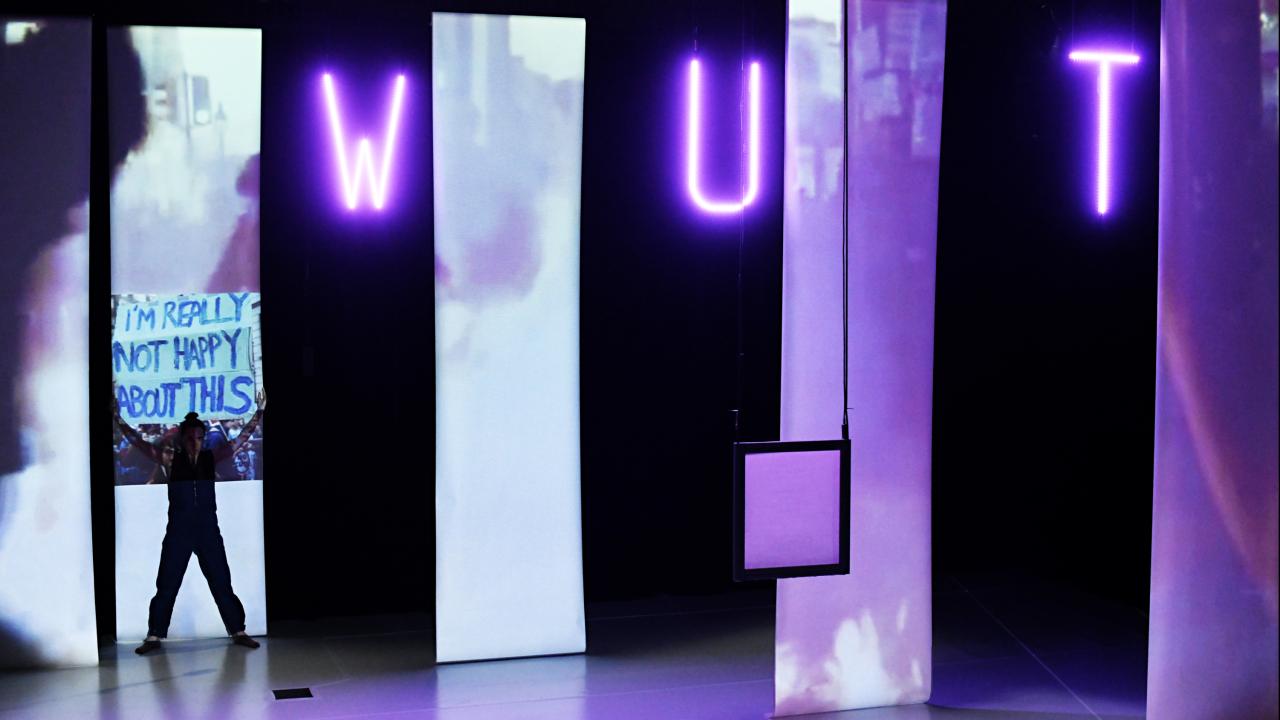 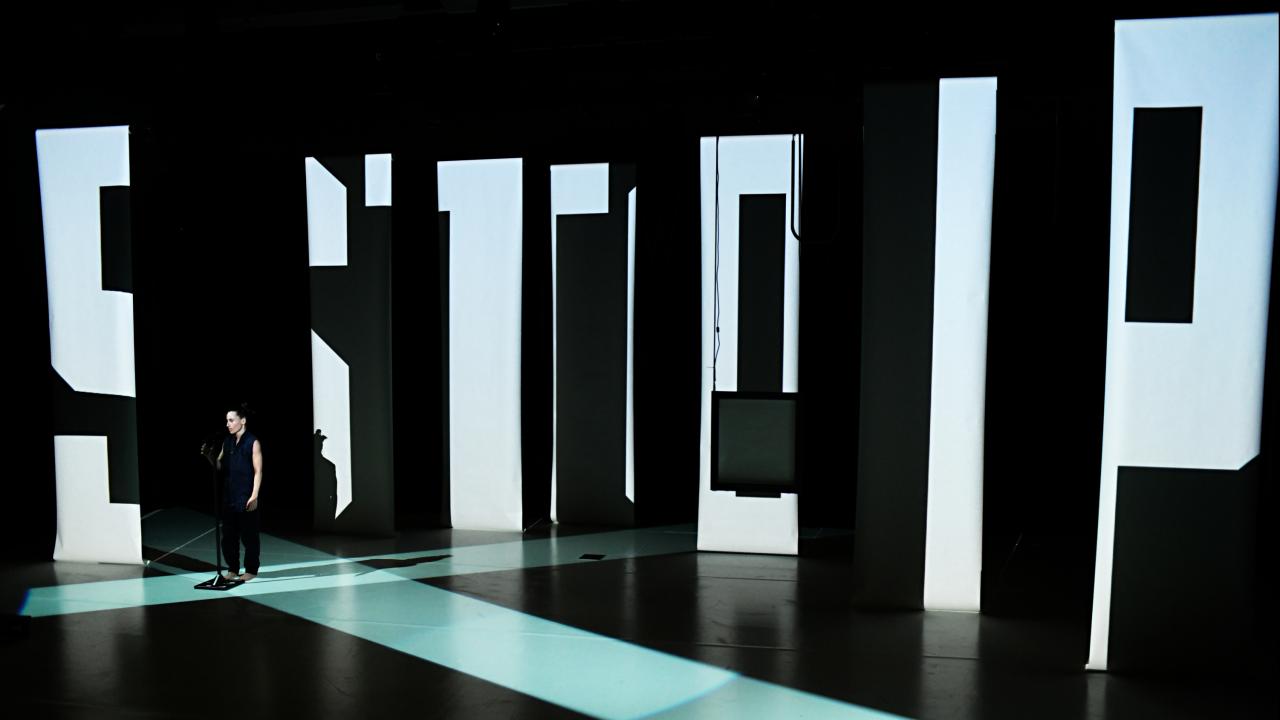 Über die Wut (in co-operation with the Münchner Kammerspiele)

WUT ("ANGER") is written in LED letters above the stage where the dancer Sahra Huby is acting important, flexing her muscles, opening her mouth wide, squeezing her eyebrows together, baring her teeth. Anger grips the body and enlarges the body; we spit blood, we foam at the mouth, anger takes our breath away and takes possession of our muscles, eyes, and voice, changes and distorts them, and lets our body appear grotesque, threatening, aggressive, but also humorous and comical – and so, on the wall behind Sahra Huby celebrities and politicians flicker and flutter, but also cartoons. In her new solo piece "On Anger" Anna Konjetzky investigates this emotion as an individual emotion and as a condition produced by social structures.

An entire arsenal of personal, political, and pop cultural gestures of anger are dissected and thoroughly examined. Huby slows down, fragmentizes, rhythmizes, elongates the movements, and in doing so she gives them an unexpected beauty and elegance, only to rage and erupt again in the next moment. Images of revolts, protests, and demonstrations appear, and the dancer adopts them and makes them her own. Anger is also a constructive energy, as an engine and impulse for social change. Iconic gestures – the raised fist of the Black Power Movement, wrists crossed over one another, the middle finger – proclaim the assault on unjust conditions, an attack on the powers that be, on existing hierarchies and structures.

"On Anger" examines the potentiality of anger – especially women's anger – with movement, images, music, and texts. On this stage Sahra Huby is an angry woman, and she also brings onto the stage all those angry women from the present and the past as witnesses to be at her side – from Clytemnestra to Joan of Arc, and all the way to Rosa Parks and Audre Lorde. Together with them the work poses the question about a fundamental and radical transformation.

Anna Konjetzky has been creating dance pieces and dance installations since 2005; their contents and physicality are marked by a socio-political examination. This artist has received numerous awards for her works, which she presents all over the world, and she works and collaborates with a huge spectrum of artists, locations, and festivals.

A production of Anna Konjetzky & Co; a co-production with Münchner Kammerspiele, the Munich DANCE festival, and LOT Theater Braunschweig. Sponsored by the Department of Arts and Culture of the City of Munich and Fonds Darstellende Künste. With the friendly support of fabrik Potsdam.