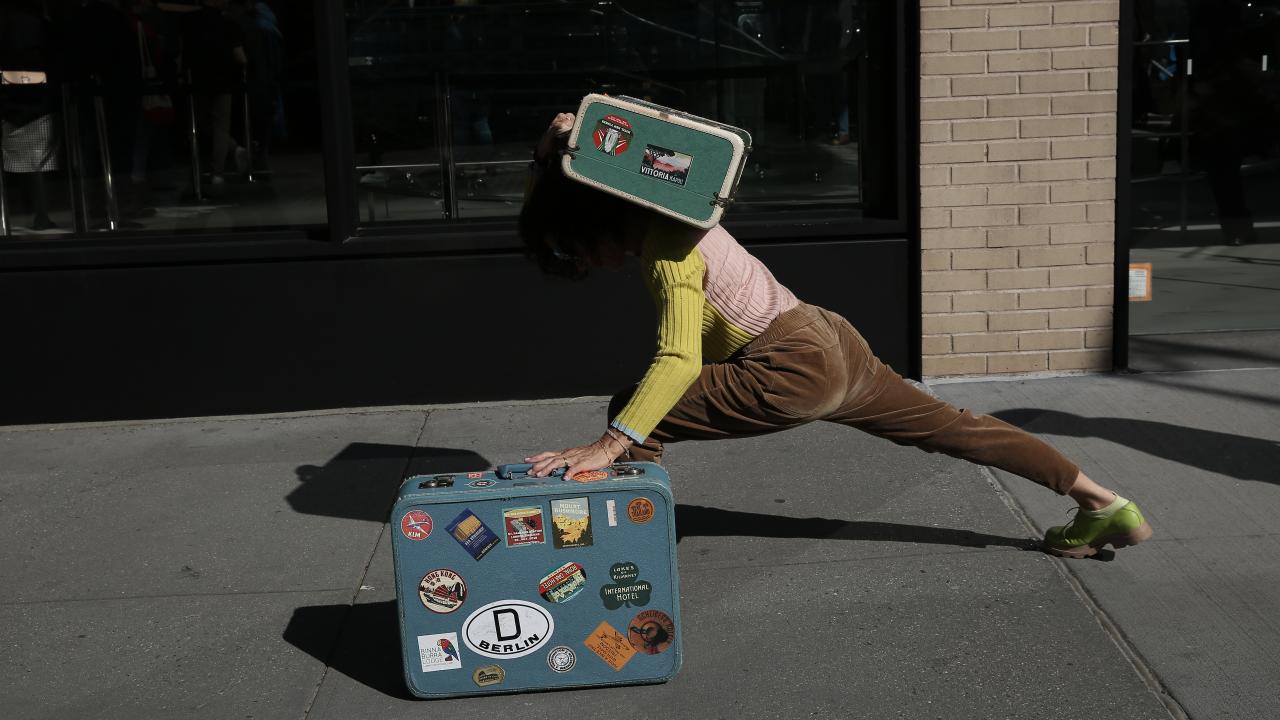 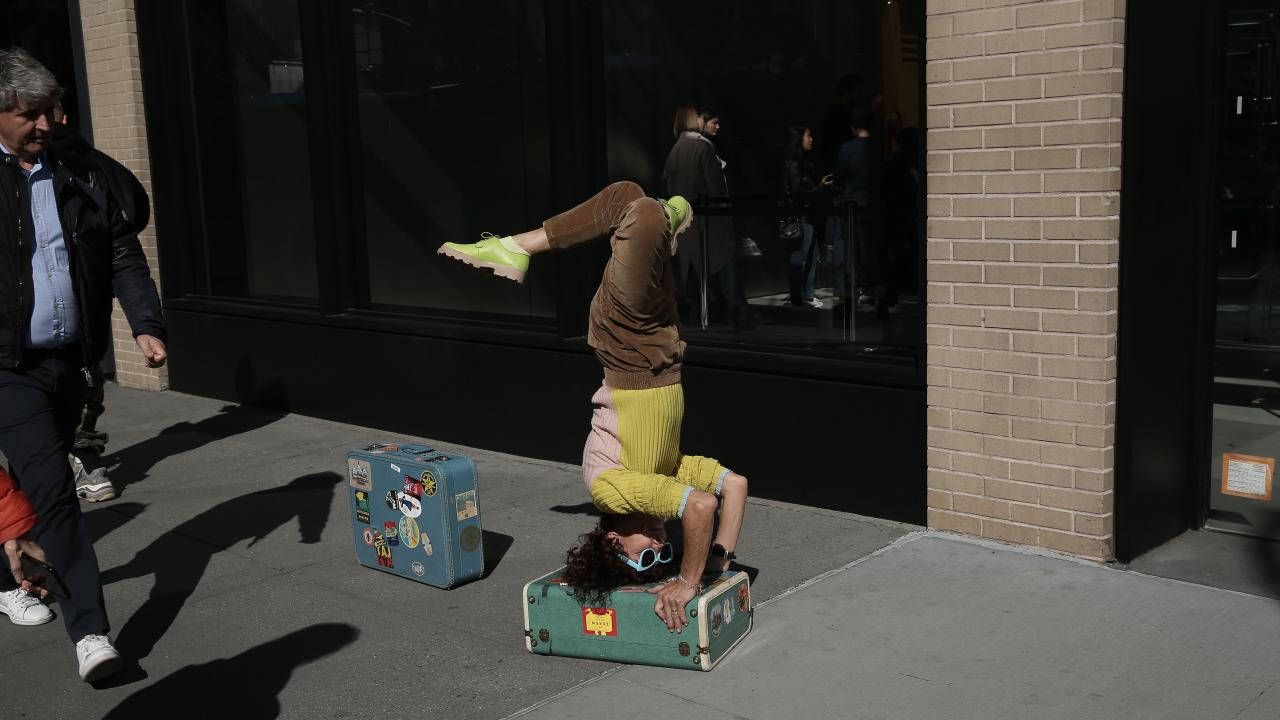 A woman with a piece of luggage on a bridge. Activities. She uses everyday activities in her actions. She's in motion, she starts up conversations, sometimes engaging physically. Do we walk past, do we observe, or do we participate? Jody Oberfelder extends an invitation to us. This artist has been working as a choreographer in New York City since the 1970s, and she searches for the connections between dance and everyday life, she celebrates the presence of the moment and savors it. "Let's get old together," she says about her site-specific project "Life Traveler," which was created in 2018 and has been performed on many bridges around the globe since then. She has reworked this choreographic pop-up with international performers for DANCE 2021 and municipal spaces in Munich.

The artistic portfolio of the American choreographer and filmmaker Jody Oberfelder is huge. She directs operas, she choreographs fashion models for the photographer Steven Meisel, and she produced Kurt Weill's "Zaubernacht" ("The Magic Night") at the Museum of Jewish Heritage in New York (2018). This was Weill's first composition for the stage, a ballet pantomime for children that he wrote in 1922 and was considered lost for a long time. Oberfelder has directed ten films, and she tours across the globe with her company Jody Oberfelder Projects (JOP), which she founded in 1987. She is influenced by modern dance, and she performed as a dancer in pieces by Steve Paxton (2012) and Simone Forti (2018/2019) in the context of exhibitions at the Museum of Modern Art (MoMA) in New York. Although she is no longer part of the revolutionary movement that started at Judson Dance Theater, she is very familiar with their concepts and ideas, and Jody Oberfelder has searched for her very own method of thinking and practicing dance, choreography, and movement in a new manner. It is important to her to make the audience participants. The unexpected should develop, immersive moments should become possible, and intimate movements and mutual exchanges. In her notes on "Life Traveler" she writes: "Note to self: don't make the piece only for/about the audience member, but also your own experience of presence, of being connected deeply to the person/people, time, place."

In Munich, dancers will simultaneously be on the move on eight bridges in the inner city.

Postponed for an undefined time