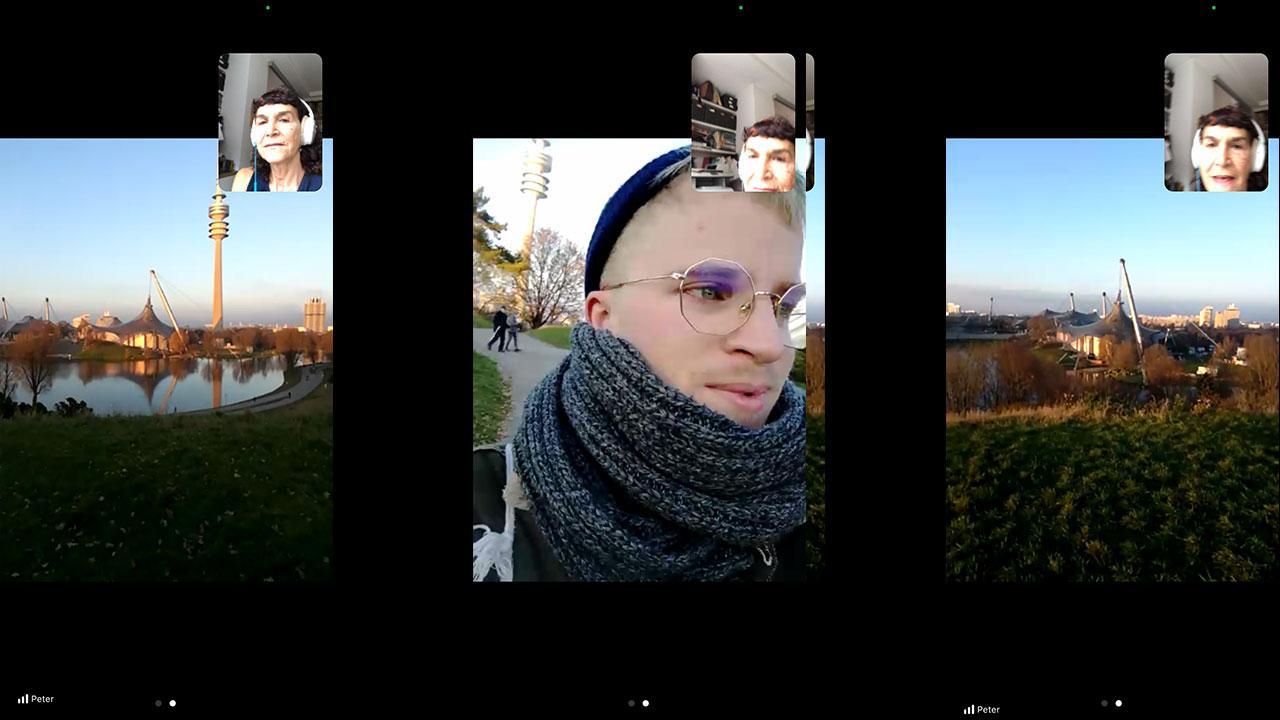 The tour takes you to the "Olympiaberg," one of the three "mountains of rubble" in Munich that were made by piling up debris and the remains of buildings destroyed in the Second World War. In her walking piece created for DANCE 2021, "Walking to the Present," Jody Oberfelder links history to the present, the collective past to individual experiences, words to movements. And this creates a mapping of one's own experiences and the experiences of other people combined with the history of the location. What traces do we leave behind? The exciting tour examines these questions physically with the goal of constructing new stories and narratives.

The artistic portfolio of the American choreographer and filmmaker Jody Oberfelder is huge. She directs operas, she choreographs fashion models for the photographer Steven Meisel, and she produced Kurt Weill's "Zaubernacht" ("The Magic Night") at the Museum of Jewish Heritage in New York (2018). This was Weill's first composition for the stage, a ballet pantomime for children that he wrote in 1922 and was considered lost for a long time. Oberfelder has directed ten films, and she tours across the globe with her company Jody Oberfelder Projects (JOP), which she founded in 1987. She is influenced by modern dance, and she performed as a dancer in pieces by Steve Paxton (2012) and Simone Forti (2018/2019) in the context of exhibitions at the Museum of Modern Art (MoMA) in New York. Although she came to New York a decade after the revolutionary movement that started at Judson Dance Theater, she is very familiar with their concepts and ideas, and Jody Oberfelder has searched for her very own method of thinking and practicing dance, choreography, and movement in a new manner, finding new ways to create immersive dance pieces.

"Walking to the Present" was commissioned for DANCE 2021. It is in the tradition of the so-called walking pieces, interventions in the stream of pedestrians and provocations in municipal spaces. Important art movements in the 20th century, such as the Dadaists, the Situationist Internationals, the Fluxus artists, and land artists over and over again tested the art of strolling, the intervention in everyday life through movement. Her live art performances function as a living organism, inclusive and collective, wherein each participant's experience is woven into their own life's narrative and shared humanity. In "Walking to the Present" one can experience this in a special – somatic – fashion.

Postponed for an undefined time