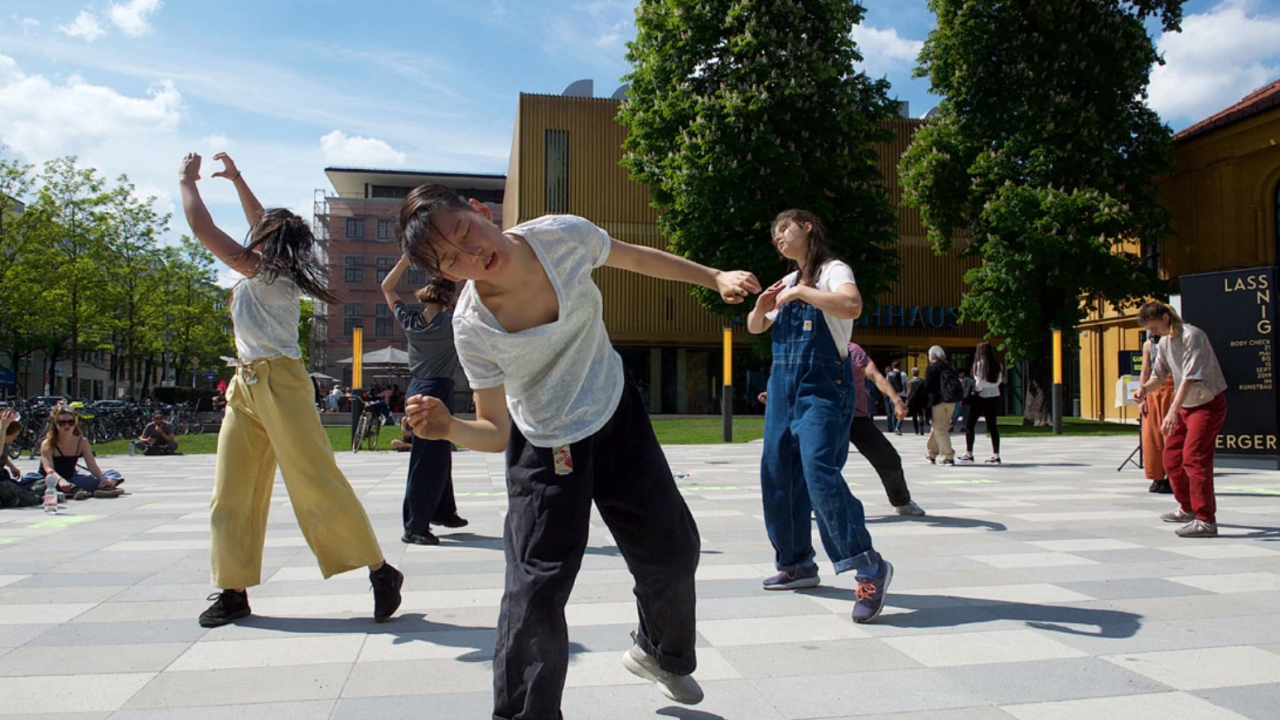 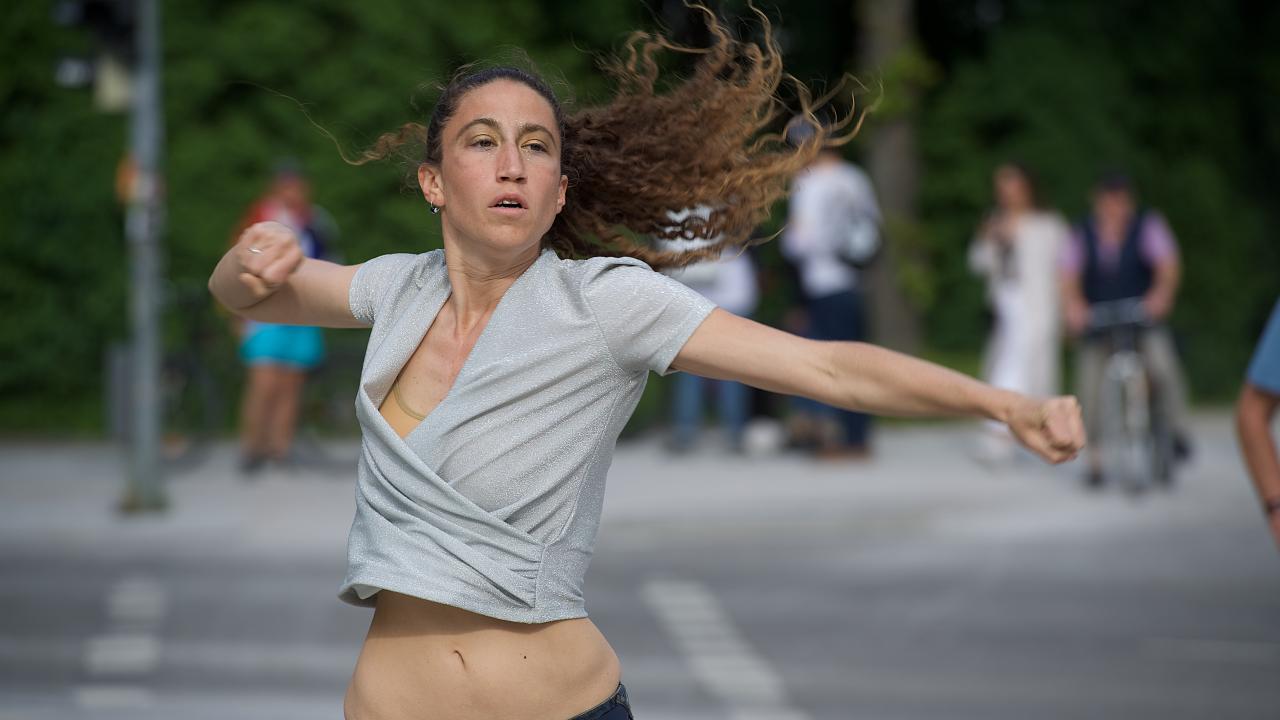 When the initial state of shock during the first lockdown in March 2020 dissolved, stages shifted onto the internet. The urge to dance and stay visible found an outlet in social media. People danced in their own personal environments: performed moves between the bed and wardrobe, or a classical variation in front of the kitchen counter, or a release technique on the balcony. As a soloist. Pandemically. Posted on social media. The Munich choreographer Ceren Oran will develop her new project "The Urge" from such discoveries: she will translate the movement material from the internet for a collective and in public spaces. The performers will dance simultaneously in Munich, Berlin, and Cologne, and it will be a livestreaming.

During DANCE 2019 Ceren Oran presented her lengthy performance "Who is Frau Troffea" at public spaces in the city. The successful site-specific performance was inspired by the "dance mania" that flourished in 1518 in the streets of Strasburg that supposedly infected more and more people. The closeness to and random encounter with various members of the audience fascinated Oran as much as the daily challenges the artists faced over seven long hours from the wind, weather, and asphalt. In "The Urge" the choreographer, who works in Munich, will also examine the dynamics and the relationships of exchanges in collective movements and individual movements, which – as we all have experienced – were suppressed by the Covid-19 situation during the past months. The urge to use a space again, to occupy a spot, to spend unlimited time in municipal spaces provides Ceren Oran with a choreographic structure. The accompanying music is from her partner in art for many years, Huseyin Evirgen, whose electronic compositions provide the basic rhythmic structure for "The Urge," and also from a soloist musician, who will be invited to every performance and will play live.

With the permission of the authors, Ceren Oran transposes the movement sequences from social media into public spaces and into a temporal length that is much longer than the original video clip. At the same time, she feeds the transformed material via livestreaming simultaneously back onto the internet. In order to make this possible, Ceren Oran will work with her colleagues Rotem Weismann in Berlin and Mayan Reiter in Cologne. The performances will take place simultaneously in all three cities – overcoming (city) boundaries – and to stress the pandemic as a global phenomenon: We´re all in this together!

This production is funded by the Cultural Department of the City of Munich and the DANCE Festival Munich. Supported by NATIONALES PERFORMANE NETZ – STEPPING OUT, funded by the federal government commissioner for culture and media as part of the initiative NEUSTART KULTUR. Programme of Assistance Dance. In co-operation with the HochX theater and Live Art. Ceren Oran is a member of Tanztendenz München e.V.