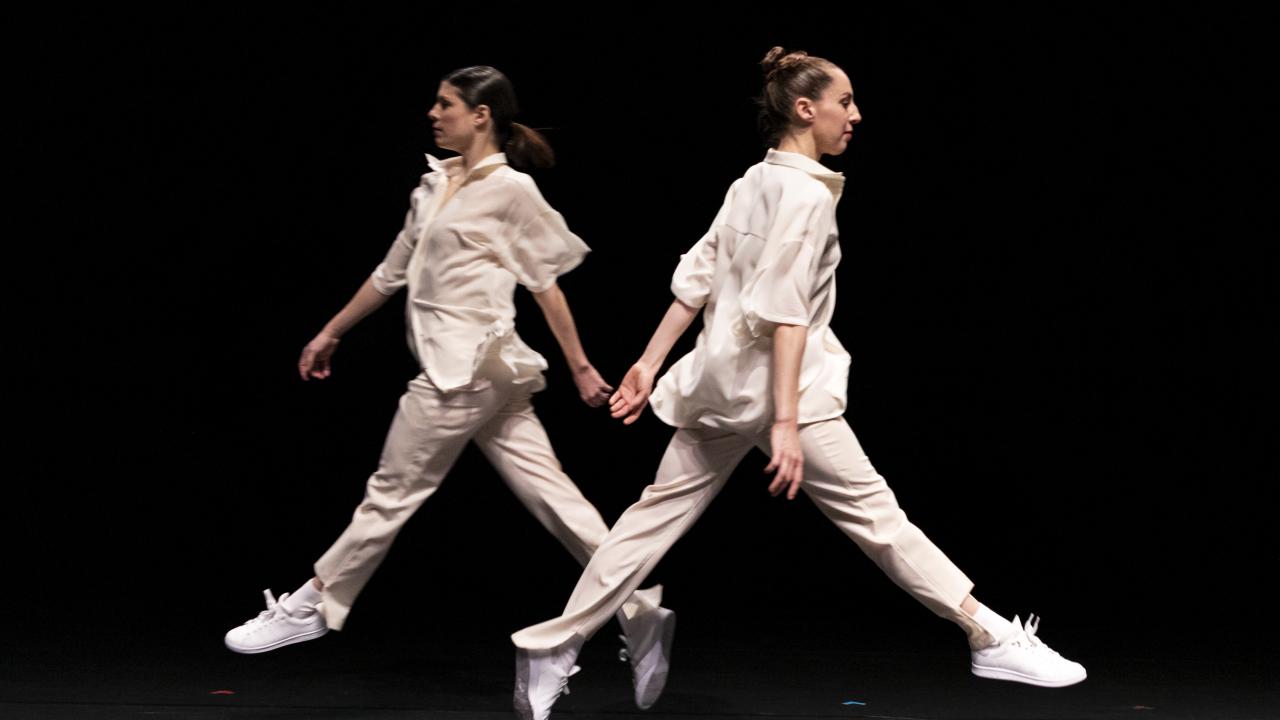 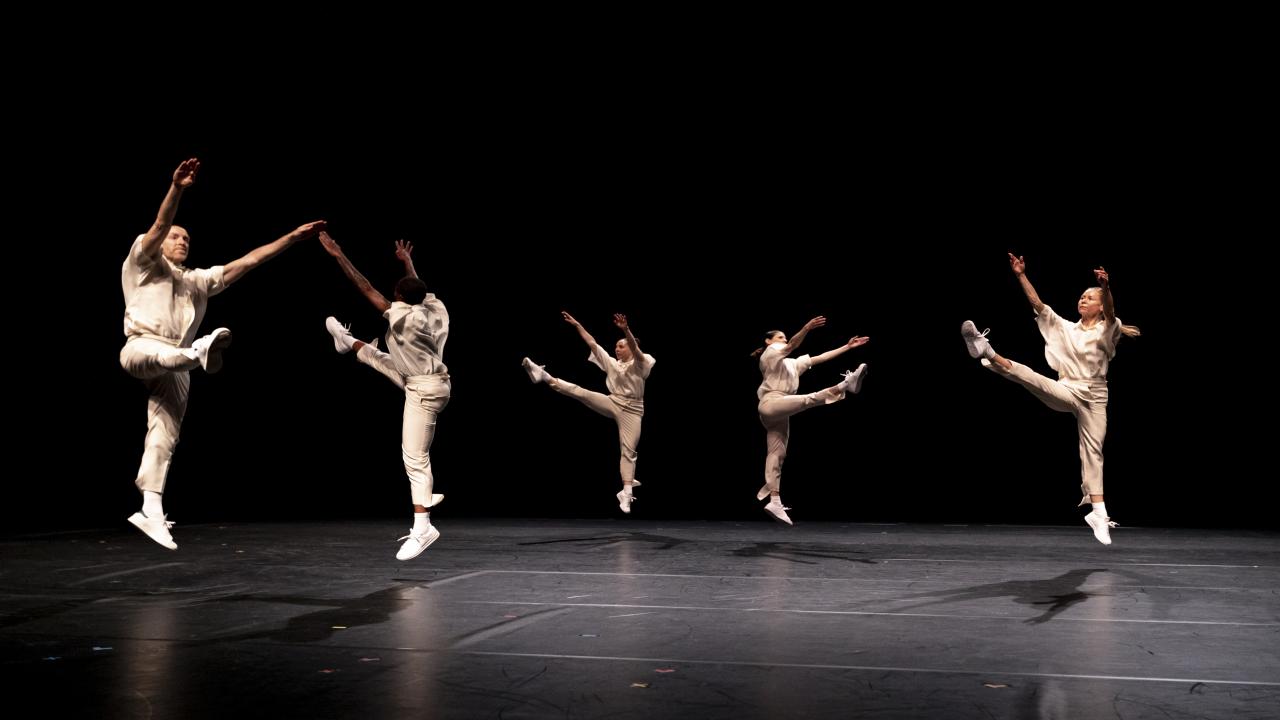 Works in Silence (in co-operation with the Münchner Kammerspiele)

"And one – two – three – four …" The usual command doesn't set the tempo of the music in the pieces by Lucinda Childs, but of the silence. Her evening performance of "Works in Silence" brings together five important works from the 1970s. Childs, who is among the most significant and productive choreographers of the present, was a member of the innovative Judson Dance Theater movement. The collective revolutionized dance in New York in the 1960s. Childs varies walking, hopping, and running, she experiments with the behavior of the human body during rapid changes in direction, and the effect of minimal shifts in movement patterns. The dancers of the Dance On ensemble bring the hypnotic effect of these works back to the stage approximately 45 years after their world premiere.

The evening performance of "Works in Silence" provides an exciting insight into an important stage in Lucinda Childs' career. Childs became a member of Judson Dance Theater in 1963, but later on she left the experiments with hair rollers, tea strainers, and cleaning sponges draped over the body ("Carnation") and language ("Street Dance") behind her in order to devote herself to seemingly simple movements. She worked on structure and variation as a solo artist and with the company she founded in 1973. The pieces performed by the Dance On Ensemble were developed – with the exception of "Untitled Trio," which she performed in its first version already in 1968 – after she founded her company and at a time when she was collaborating with Robert Wilson and Philip Glass on the legendary production "Einstein on the Beach" (1976). "Works in Silence" marks the time in which Childs developed her distinctive artistic signature. In "Radial Courses" the ensemble has to find the tempo without the support of music. In "Katema," a solo piece from 1978 and the most recent of the pieces that will be performed, she varies the steps along a diagonal; swinging arms, a half-rotation, a complete rotation, forwards and backwards, then an arm extends, a brief hesitation, and the pattern shifts.

The artistic director of the Dance On Ensemble, Ty Boomershine, danced in Childs' company and was her artistic assistant for many years. The cleverly chosen program is now part of Dance On's repertoire and will be performed by outstanding dancers over forty years old.